Field Trip: Shopping for a Mannequin

You may have noticed my new assistant appearing in recent photo shoots. I bought her on an expedition a few weeks ago when my sister, photographer, and fellow adventurer Cynthia was in town. 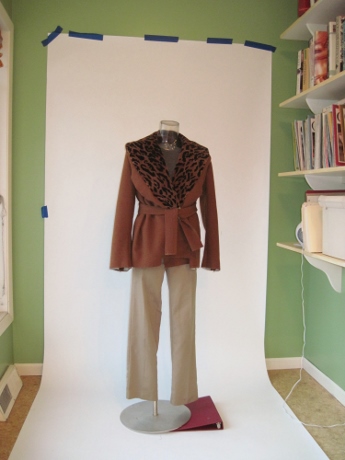 The newest member of the Getting Things Sewn team.

A year ago Jack and I visited Accent Store Fixtures in Minneapolis searching for a mannequin small enough for my clothes to fit. We came home emptyhanded.  A mannequin with the measurements of a size 6 sewing pattern is not that common.

Preoccupied with many other preparations necessary for starting a sewing blog, I set aside my ambition to have a body double. I made do, with varying results.

Welcome to the weird world of retail store mannequins.

In earlier posts I tried enlisting Jack to photograph me, setting the camera on a tripod and taking pictures of myself out on the deck, or shooting garments lying flat on a table. (The garments were flat, that is–not me!) Each of these methods worked to some degree. 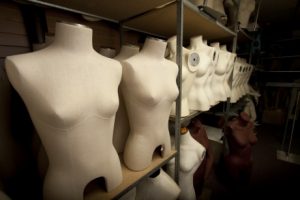 Would any of these be coming home with me?

But if Jack was at work when I was ready to shoot and the light was right, or if the weather was bad and outdoor shooting was out of the question, I was stuck. And spreading a finished garment out flat on a table to shoot was just plain pathetic. No, as long as my real photographer, Cynthia, lived 764 miles and a time zone away, I would need to find a helping hand. 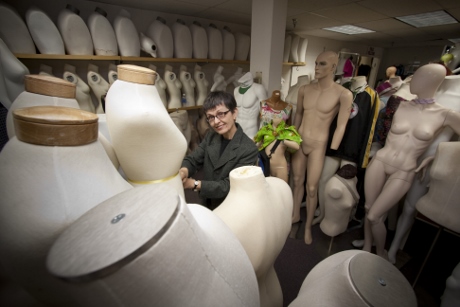 Which mannequin will measure up?

Or, more precisely, a helping torso.

So on a fine day in late September Cynthia and I took a city bus to a very amusing store next to the Minneapolis Farmers Market. 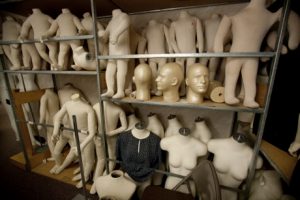 (Maybe I should run a caption contest for this one.)

The owner was perfectly happy to let us roam around examining mannequins and photographing whatever we liked.

I wore a jacket I could try on mannequins and brought a measuring tape, which I used a lot.  Outside my usual frame of reference, I kept misjudging sizes. I would think I’d found a small enough form, but no–too big. On her I wouldn’t be able to zip up one of my skirts. 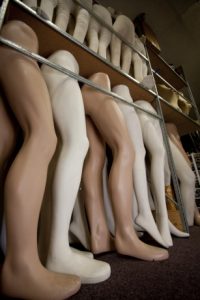 I was hoping I could find a complete form–head, removable limbs, everything. No luck there.

I did, however, find the next best thing: a form including thighs on an adjustable stand that would allow skirts or pants. This was an improvement over both my old dress form and duct tape double.

The measurements were right. And so was the price $45. A bargain!

With my main mission accomplished, Cynthia and I explored the rest of the store. Accent Store Fixtures had lots of wall storage systems at reasonable prices.

I was tempted by new hooks for my pegboard but decided to define my storage needs first and then come back with a plan. I could see devoting lots of pegboard space to my button bags using inexpensive and versatile hooks.

Between us we managed to get my prize home quite handily. On the bus we discussed naming my new assistant.

My purchase, in a plain white wrapper.

“Ginger,” Cynthia said. That seemed just right. We entertained no other possibilities. Ginger she became.

Ginger in her new home.

Home again, we went straight to work setting Ginger up and putting her through her paces. 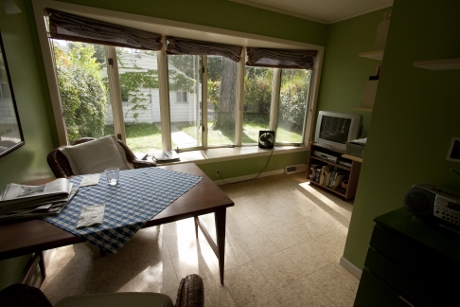 The sunroom before a quick conversion to a photo space.

We discovered that her stand put her at a rakish angle, which Cynthia corrected by wedging a three-ring binder under the base. 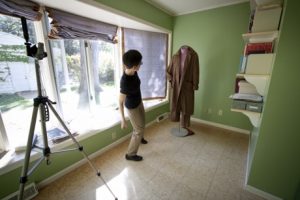 Now I appreciate what stylists do. Details, details!

The natural light in the sunroom, modified by roman shades I sewed 20+ years ago, worked wonderfully. But the green walls and electrical outlets were distracting. 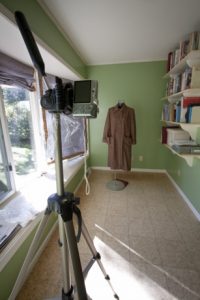 The green wall and outlet were distracting.

We made a quick trip to a photographers’ supply, where Cynthia knew just what I needed: a roll of white seamless–heavy paper–for a neutral, light-enhancing background. 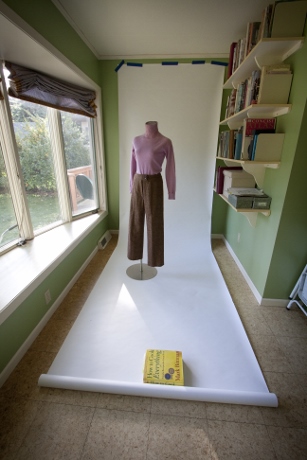 With seamless in place: much better!

Home once again, we affixed a length of seamless to the wall with strips of blue painters’ tape. Much better! 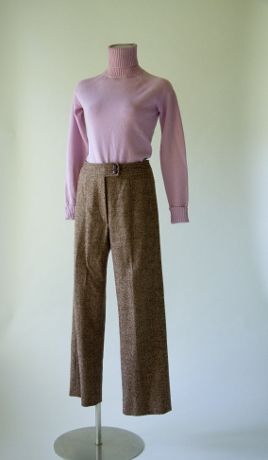 It looks like my next purchase should be a steamer. Look at those wrinkles!

For closeups we cut a shorter length of seamless to cover a table.

Seamless on a table and voila: I can shoot small objects.

For well under $100 I now have a simple and effective little photo space that I can set up and break down quickly by myself. I’ve used it at least a dozen times now, and it’s really fun.

I also have a mannequin that allows me to try out combinations and view sewing projects and outfits with more objectivity. 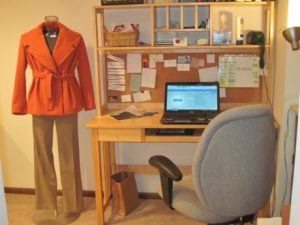 When not posing in the sunroom Ginger plays muse in my sewing domain. Right now she’s draped in the orange acrylic wearable test jacket. But I could swear she has her eye on the leopard-printed velveteen version that’s underway. She’s looking forward to modeling that one.

(All photos except the last two, Cynthia DeGrand)