Back with another episode of jacket-making using the Smart Tailoring with Kenneth King DVD set. I made the undercollar. 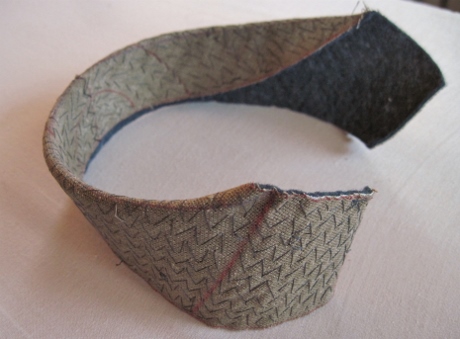 In “old school” tailoring the undercollar gets a lot of attention.

However, once again Kenneth demystified the process. Although making the undercollar was labor-intensive, it wasn’t hard, and was even kind of fun. 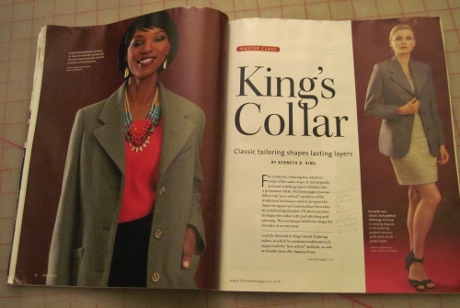 Instructions for preparing the undercollar are in the October-November 2014 issue of Threads. I penciled in a note that the method is “old school,” not “new school” as the intro mistakenly says.

For the undercollar Kenneth used a collar canvas:

It’s a little bit stiff; it feels a little bit papery. It’s a canvas that’s treated with a sizing so that when you steam it, it gets malleable, but then after it cools it gets rigid again.

Somehow I missed putting this special collar canvas on the shopping list for this project.

What I had on hand was a canvas and collar felt combination, bought for the notorious sportcoat UFO in 2003 or ’04. It had been so long since I’d looked at this supply that I was surprised to see it wasn’t just collar felt but had canvas almost invisibly stitched to it. 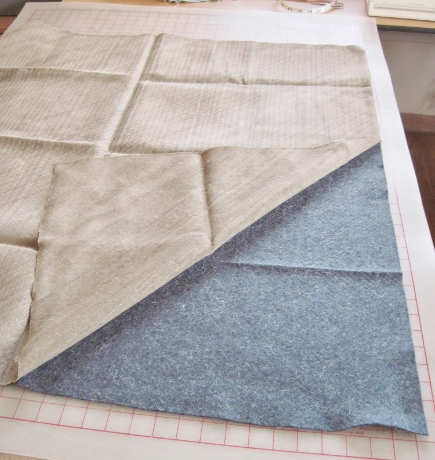 With shears and a seam ripper I gradually cut through the stitches to separate the canvas from the collar felt.

As the undercollar is cut from the canvas in two pieces and seamed, but the felt is cut on the fold as one piece, I don’t get why the two materials are essentially fused together. 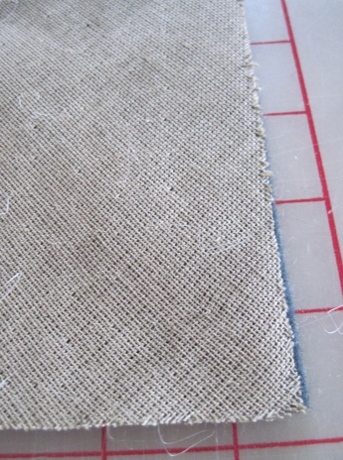 This canvas was bias-cut and then attached to the felt with almost invisible stitches.

I thought I might as well cut the two units apart, use them separately, and see what happened. 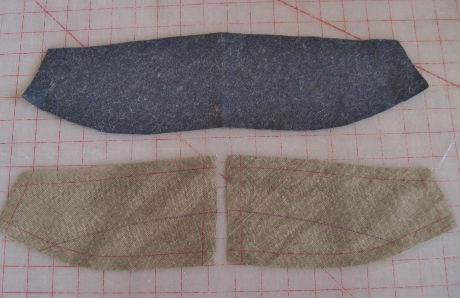 I cut the undercollar pieces from bias-cut canvas and marked the roll line and seam lines. The felt, which has no grain, is cut in a single piece.

The seam allowance of one undercollar canvas is trimmed, and then the seam is lapped and stitched with a serpentine stitch.

The canvas is pinned for a lapped seam…

…and attached with a serpentine stitch. 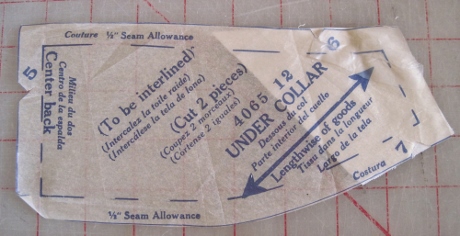 Muslin pieces are cut to reinforce the undercollar points. 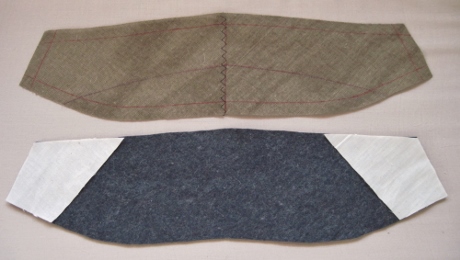 The “sandwich” is basted. 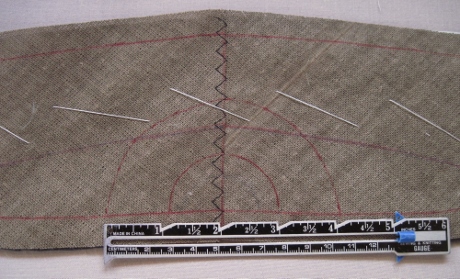 Guidelines of 2-inch and 4-inch semicircles for the pad stitching.

Pad stitching in semicircles inside the seamlines.

Pad stitching to within 2 inches of the ends. 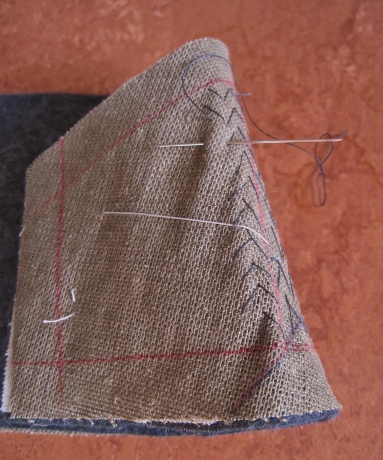 The ends of the undercollar are pad stitched curved over the hand to shape them.

However, I was surprised that it took me just about three hours to accomplish. The good news was I got into a pretty good rhythm.

The pad stitched ends of the undercollar are curved. (I should have removed the basting–obviously, it’s no longer needed.)

Also, because I wasn’t constantly putting down my work and taking up the camera to document my process, as is usually the case, I was able to pop a DVD of The Women into the laptop and listen to witty dialogue as I worked away. 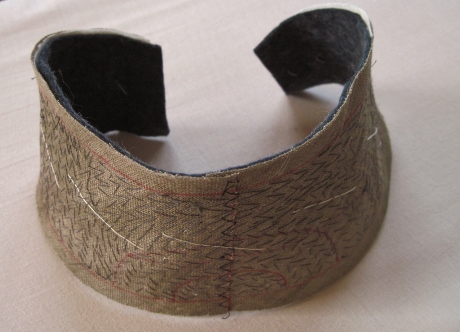 Another view of the curved ends of the pad stitched undercollar. 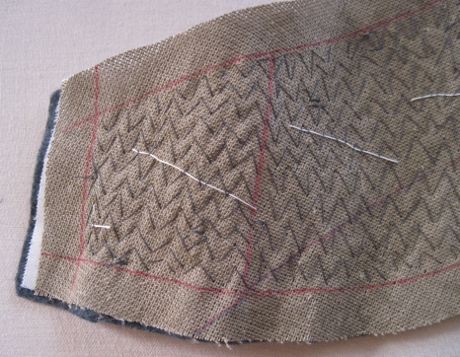 One end of an undercollar, pad stitched to create a curve.

In an earlier segment Kenneth recommends listening to rhythmic music while you pad stitch. Certainly a movie that can be listened to if not watched is also a good pad stitching companion.

After the undercollar is pad stitched, the seam allowances are trimmed off.

Shape is built into the undercollar with pad stitching. Also with pressing and steaming.

Pull and stretch, press and steam the roll line to straighten the curve. 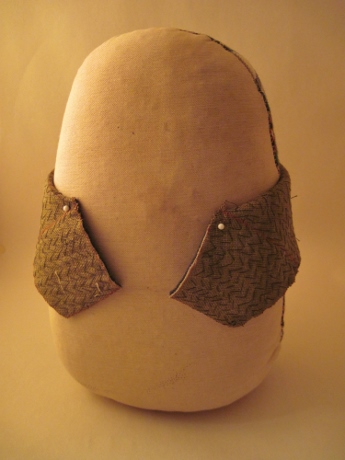 Fold the undercollar along the straightened roll line, pin it to the ham, and steam it to shape. (Don’t press.) 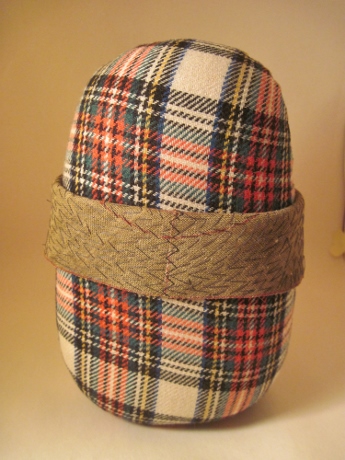 The undercollar is folded along the straightened roll line, pinned to the ham, and steamed.

With the undercollar ready to assume its supporting role, it’s time to turn my attention to its partner: the upper collar.

But first I’m going to take a breather. Which line in The Women is my favorite? Guess I’ll have to watch it all over again before deciding.