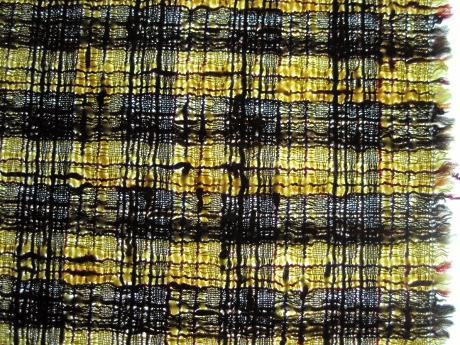 Before cutting into my wool-synthetic blend for this jacket I knew I’d have to tame its ravelly nature. 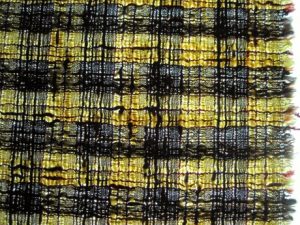 My ravelly fabric, backlit using my old lightbox. Now you can clearly see how loosely woven it is.

I went to the Threads magazine website looking for help, and found it quickly in a post by Kenneth King called “A Trick for Working with Raw Silk.”

I’ve had the experience–okay, frustration–in the past of distorting raw edges of pattern pieces when I’ve overcast them. With Kenneth’s method both the distortion and the frustration are avoidable.

See the link for Kenneth’s instructions in words and pictures. Here’s what I did. 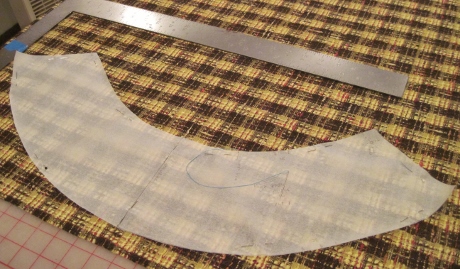 I traced off the upper collar pattern piece so it would not have to be laid on a fold. I laid out the plaid in a single layer and used a carpenter’s square to square up the plaid. 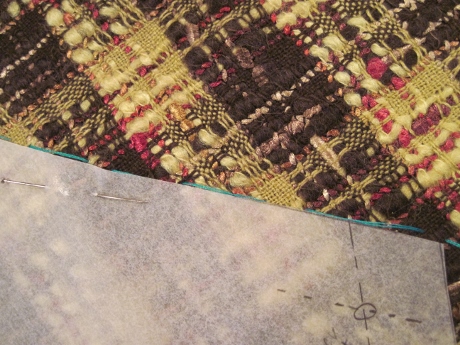 Because I laid out the fabric in a single layer rather than double, I basted next to the pattern piece without the large thread loops Kenneth King called for. 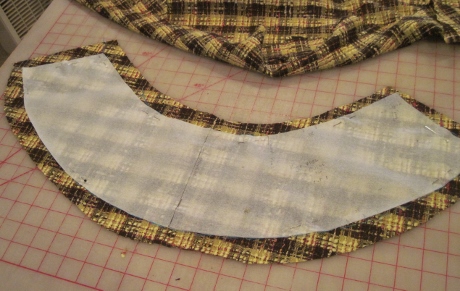 I cut about 1 inch away from the thread-marked edges. Just estimate–the excess will be trimmed soon. 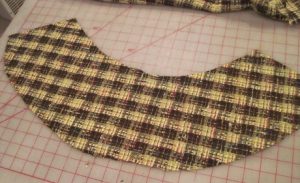 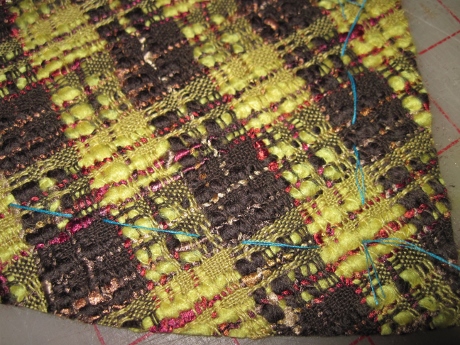 The basting is right on the cutting line of the pattern piece. 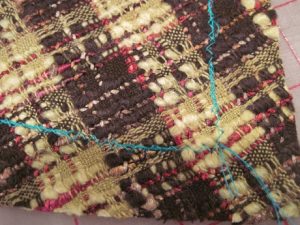 I stitched a small zigzag over the basting. 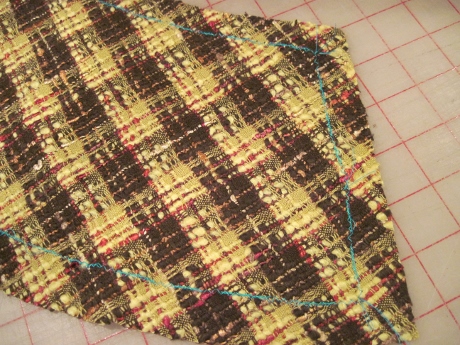 The zigzagged basting. Now the upper collar is ready to be trimmed to size. 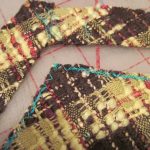 I trimmed closely to the zigzagging without trimming it away. 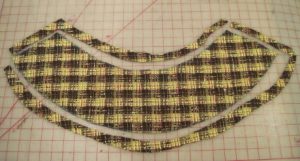 The trimmed upper collar. No raveling, no tears!

What a nifty technique! Thank you, Kenneth King! I’ll zigzag and trim all the rest of my pattern pieces the same way.

I laid this collar piece around my neck to get a sense of its size, since I was a little concerned about that. Even with the seam allowances, though, it’s not overly big. I think it will do just fine. 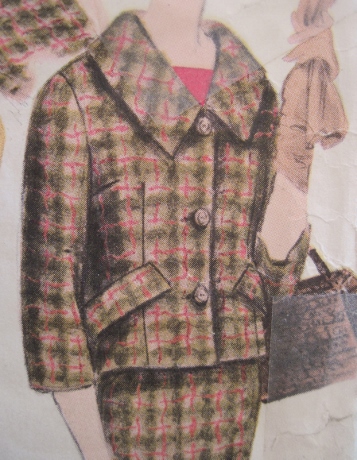 The collar size is just fine. 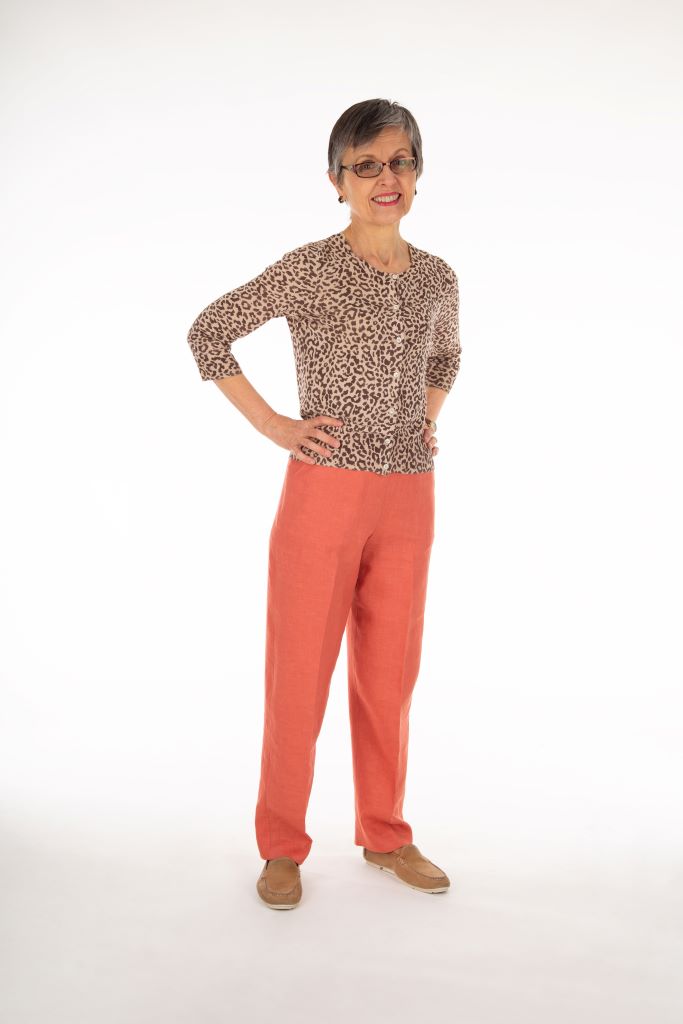