I had a little more to do to finish Kenneth King’s segment, “Set the Roll Line,” in Smart Tailoring, and I did that today.

Here is one of the jacket fronts now. 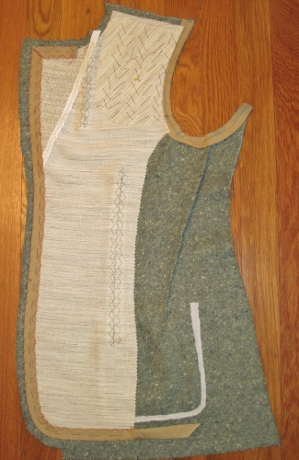 Three-eighths inch-wide double-fold bias tape, with one fold pressed open, is basted to the edge of the canvas from the bottom to about an inch past the notch of the lapel. 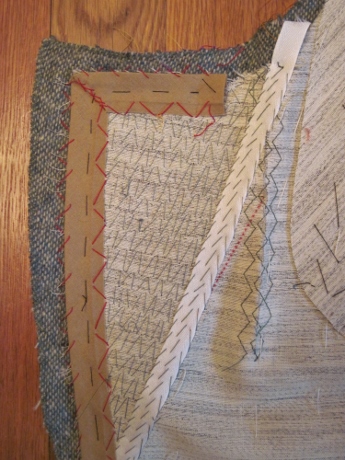 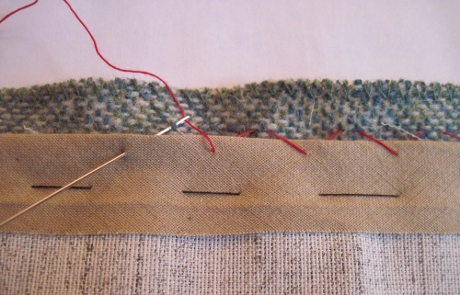 I used red thread, as Kenneth does in his demo, because it shows up better in photos, but normally you would use matching thread. The black thread is basting. 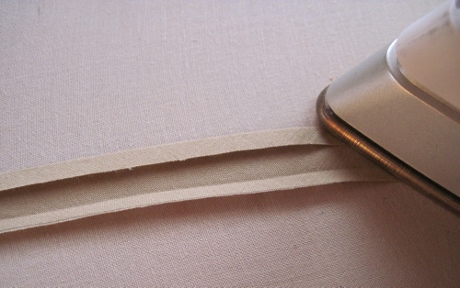 One fold is pressed open. 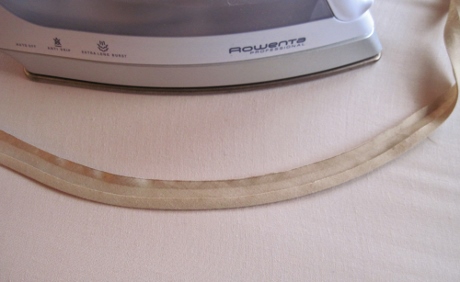 Pressing a curve into the bias tape. 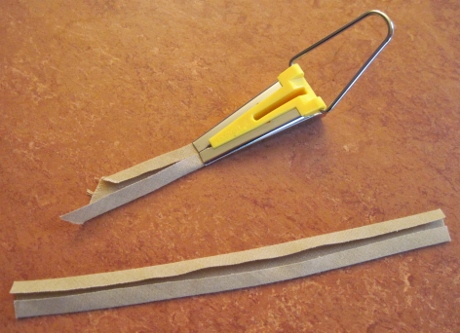 I like any excuse to pull out my bias tape maker. Making bias tape is oddly satisfying. 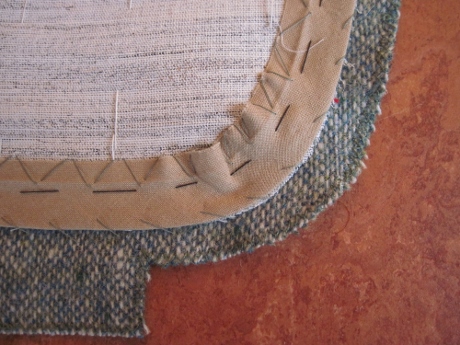 An acceptable amount of rippling around this curve, to my mind.

I didn’t have any packaged bias tape in my stash, so I made some using a nifty bias tape maker and some inch-wide bias-cut muslin.Why bias tape and not stay tape? The bias-cut tape conforms to curves better.

Kenneth shows you how to stretch and press a curve into the bias tape so it’s already kind of trained to go around the jacket curve better. Mine still rippled a little, but in a pass-fail situation it would pass, don’t you think? 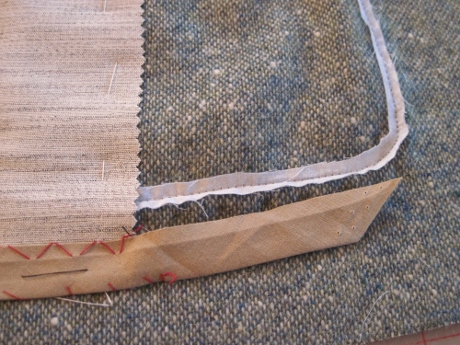 What to do with this end of the bias tape? Kenneth anchors his to a side seam allowance. My jacket doesn’t have a side panel.

As for the tail of the bias tape at the hem, Kenneth anchored his to the seam allowance of the side panel. My jacket has no side panel. I will probably end up trimming the bias tape and tacking down the loose end with a few invisible stitches so it doesn’t fold up on itself when I’m not looking.

I really enjoyed the Set the Roll Line segment, which had lots of handwork. I was reminded how much I enjoyed the embroidery kits I would get for birthday and Christmas presents as a child. 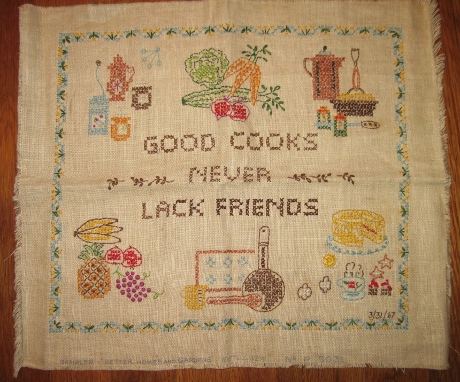 Still awaiting framing: a kit mail-ordered from Better Homes and Gardens magazine about 1965 that I stitched. I remember wondering what “never lack” meant.

I haven’t looked at the next segment of Smart Tailoring since I first watched it in January, so I’m not sure what to expect next. What more could I possibly do with these fronts? 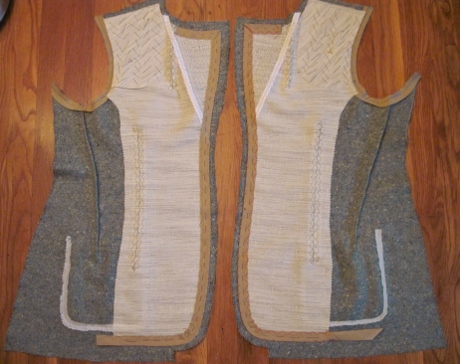 I’m ready. Are they?

Surely it’s time to move on to another part. I know I’m ready.