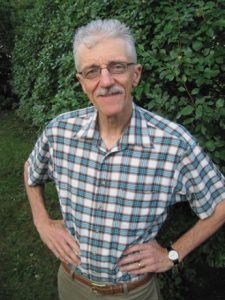 Happiness is a shirt made just for you.

I’ve made so many shirts in my home-sewing career, I’ve lost count. Say a couple dozen for Jack and half a dozen for myself.  There’s no other item in my sewing repertoire I refer to in dozens.

For ROI in sewing time and money, the shirts I make for Jack get the prize. I’ve used the same pattern, with lengthened front, back, and sleeves, for eight years. No fussing over altering a pattern every time; no concerns about whether shirts are “in” or “out” this year.

Shirts are beyond in and out. Shirts just are. 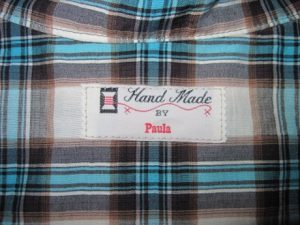 Occasionally a colleague or student of Jack’s at his school will say “I like your shirt.” He’ll answer “My wife made it.” Then to prove it, he’s been known to show them the label I sew into the yoke. They are awed–whether by my sewing skills, devotion, or something else, I’m not sure.

I stopped trying to make dress shirts years ago. My results were uneven, homemade-looking. I chose to make flannel and corduroy shirts for cold weather and seersucker and plaid shirts for summer. 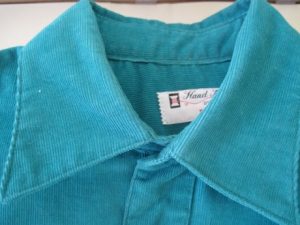 My stitching inaccuracies were less conspicuous in the textures and colors of the fabrics, and the shirts were casual, anyway, so standards could be relaxed. Right?

That Jack had any custom-made shirts was good enough, wasn’t it? In a pass-fail grading system, my shirts were all passes. Granted, passes with lumpy collars and cuffs. An askew label. But hey. They were “Hand Made by Paula.”

That attitude is not making the grade any longer.  Jack deserves better, and I can do better.

Part of why I want to do better is this fabric. 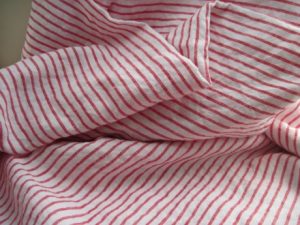 Linen shirting: a souvenir from London.

It’s a linen I bought last summer at The Cloth Shop, in London, on Portobello Road.  I knew it would make up into a wonderful shirt.  But would Jack like it? On a return visit to the shop I brought him along to get his opinion. An enthusiastic “Yes!”  one second later and I was bringing the bolt to the counter for cutting.  I love fabric souvenirs of trips.

This gorgeous linen isn’t bulky like corduroy or flannel, and it’s not distracting like a plaid. Inattentive stitching and grading will show. 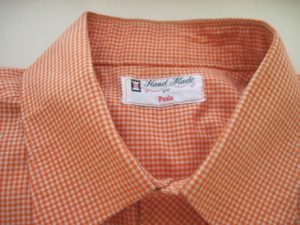 It’s time I applied myself to learning masterly shirtmaking techniques.

When it comes to teaching shirtmaking skills to home sewers, David Page Coffin is the champion.  His book Shirtmaking and companion video address every construction detail–in detail. 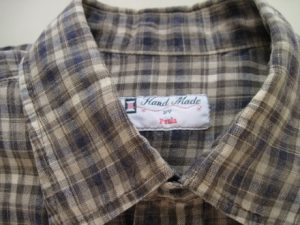 I took a shirtmaking class (actually, twice, in 2005 and 2006) at the Textile Center of Minnesota from Steve Pauling, a masterly shirtmaker himself dedicated to Coffin’s techniques. It’s because of Steve I returned to shirtmaking, but I didn’t go whole hog. I have a reputation for precision–but Coffin takes precision to a new level. I wasn’t willing to  practice sewing sample collars, bands and cuffs or using specialty presser feet to achieve superior results. 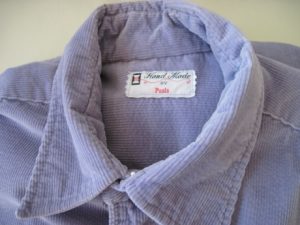 But now I’m intrigued by the possibility that I could get those results if I practiced.

On the other hand, Pati Palmer and Marta Alto have been teaching thousands of sewers for decades, and their results are good, too. I’ve taken a couple of sewing camps from them in Portland, Oregon. I used their book Jackets for Real People more than any other source for my 1930s Butterick jacket, with fine results. Pati and Marta aim for fast and easy, but that doesn’t mean slipshod. I have followed Marta’s DVD demos of setting in invisible zippers and making bound buttonholes with success.  I’m impressed.

So my question is, how hard do I have to work–or, how little can I work–to make this linen shirt better than if I just followed the notes I wrote out on index cards as I always do? 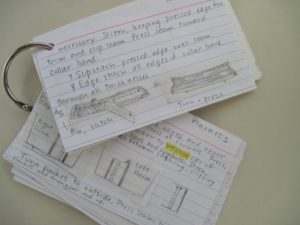 It’s time to go to the movies and do some research. 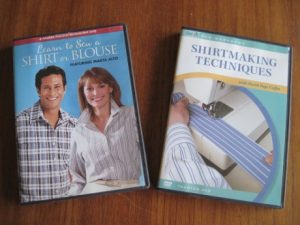 Then I’ll report back.