In class today I found myself writing a letter in my head to my sewing teacher. Here it is. 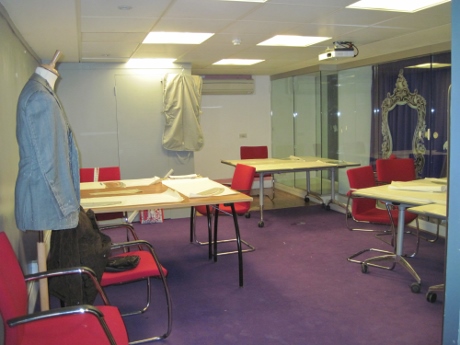 A basted jacket presides over our empty classroom.

Get out the smelling salts because you may be in for a shock. Yesterday and today in class I drafted a trouser pattern. No, really! 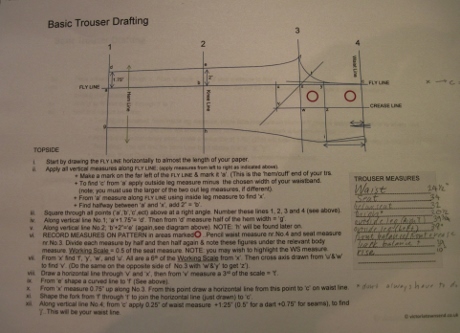 Victoria is teaching us the “fly line” method of trouser-drafting.

I, who have been resisting your entreaties for ten years to learn pattern-drafting, was drafting a pattern!

Now brace yourself: I found it very absorbing. 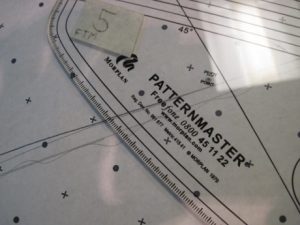 I won’t claim I understood everything. Don’t ask me to reproduce what I did in class or explain all the reasoning; I’m not that enlightened. But today I  reached a tipping point. I found myself thinking that I could actually learn enough about pattern-drafting and alteration to succeed. And I could succeed enough to feel rewarded for my efforts.

Christopher Foster-Hicklin’s notes. We met him on Day 1.

I didn’t reach this conclusion logically. I just felt it. I noticed I was saying things to myself like “It would be fun to draft and make beautiful wool trousers for Jack,” and “I could baste Jack’s sportcoat together and have him try it on for fit.” These activities sounded interesting and wonderful–and possible! 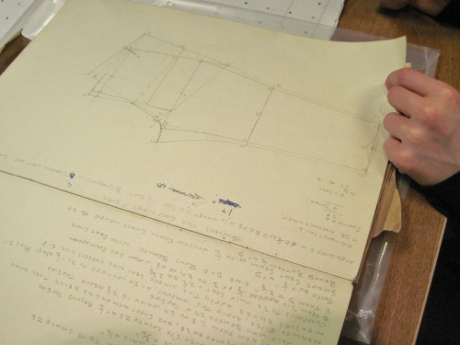 You know I’ve been dreading that sportcoat project for years. A couple of weeks ago, though, in preparation for this trip to London, I discovered that the dread had dissolved into simple curiosity. The fear was gone, and that’s when I opened up to the possibility of learning what I had to learn. No, “had” is the wrong word. “Longed” is the word. 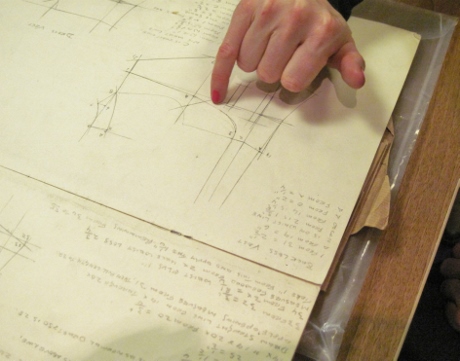 From Christopher’s notes, a sketch of a backless vest

Around 4:00 this afternoon, as our class was winding down for the week, I said to Victoria, “A miracle has occurred. I was just thinking, ‘I want to baste the pieces of Jack’s sportcoat together and have him try it on!” The miracle was that I didn’t feel dread or obligation but, as I told you, just curiosity. I told Victoria, “That sportcoat is the gateway to the sportcoat I really want to make.” 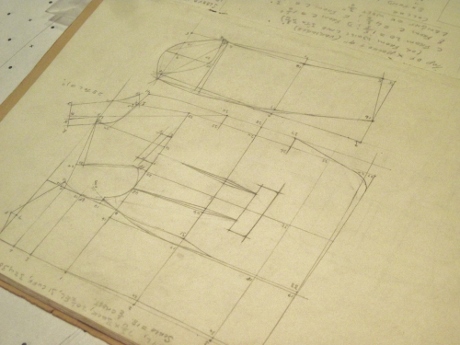 While waiting for my train back to the flat this evening I remembered writing that the sportcoat project could turn out to be a stepping stone. Whether or not it becomes a completed garment, it is serving a purpose. The effort has not been wasted, and the reward can be richer than I could have imagined. 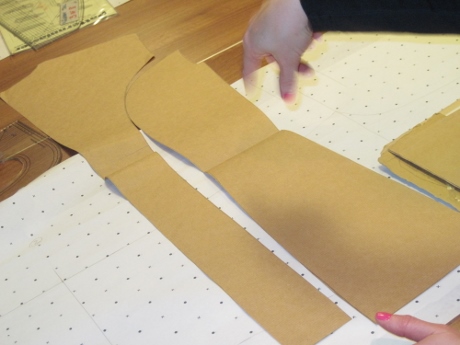 Left: a back piece for a morning coat. On the right: a side panel, but probably for a different coat.

This morning, Edith, I really wished you could have been in class to see master tailor Christopher Foster-Hicklin’s notes as a 16- or 17-year old in the late ’60s when he was a student at the Tailor & Cutter Academy. He made a gift of them to Victoria, and when she showed them to us we were entranced by their beauty and utility. 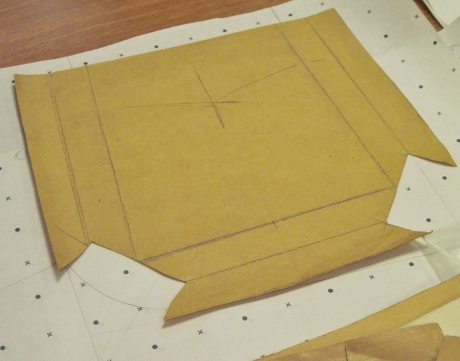 As she leafed through pattern pieces, notes and sketches Victoria explained the shape of a pocket, the peak of a lapel. Christopher is still working as a master tailor–as he told our class Tuesday, although he celebrated fifty years in tailoring in 2012, “I’m not 90 years old.” These notes and sketches are part of a living continuum. 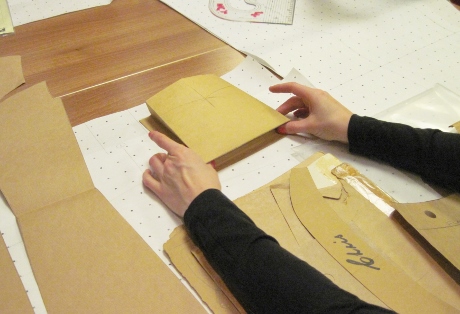 Before I came to this class I asked myself what I wanted to get out of it. I could chalk it up as simply another interesting experience. Or I could challenge myself to keep learning–and using–techniques to make more beautiful, more lasting clothes. 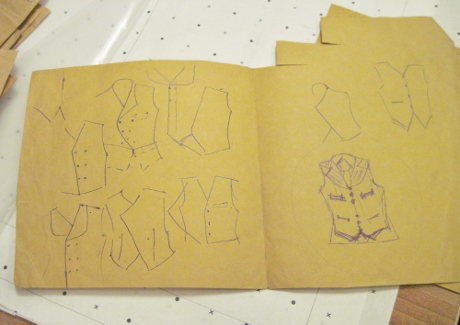 In my own way I can be part of the continuum, too. I like the sound of that! I hope you have some openings in your appointment book because I see more exciting projects ahead!

Your slow but devoted student. 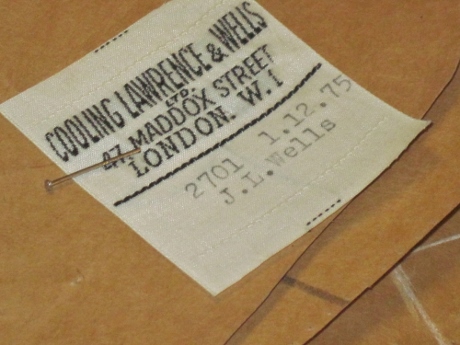 A label from one of the tailoring companies Christopher has worked for in his long career.