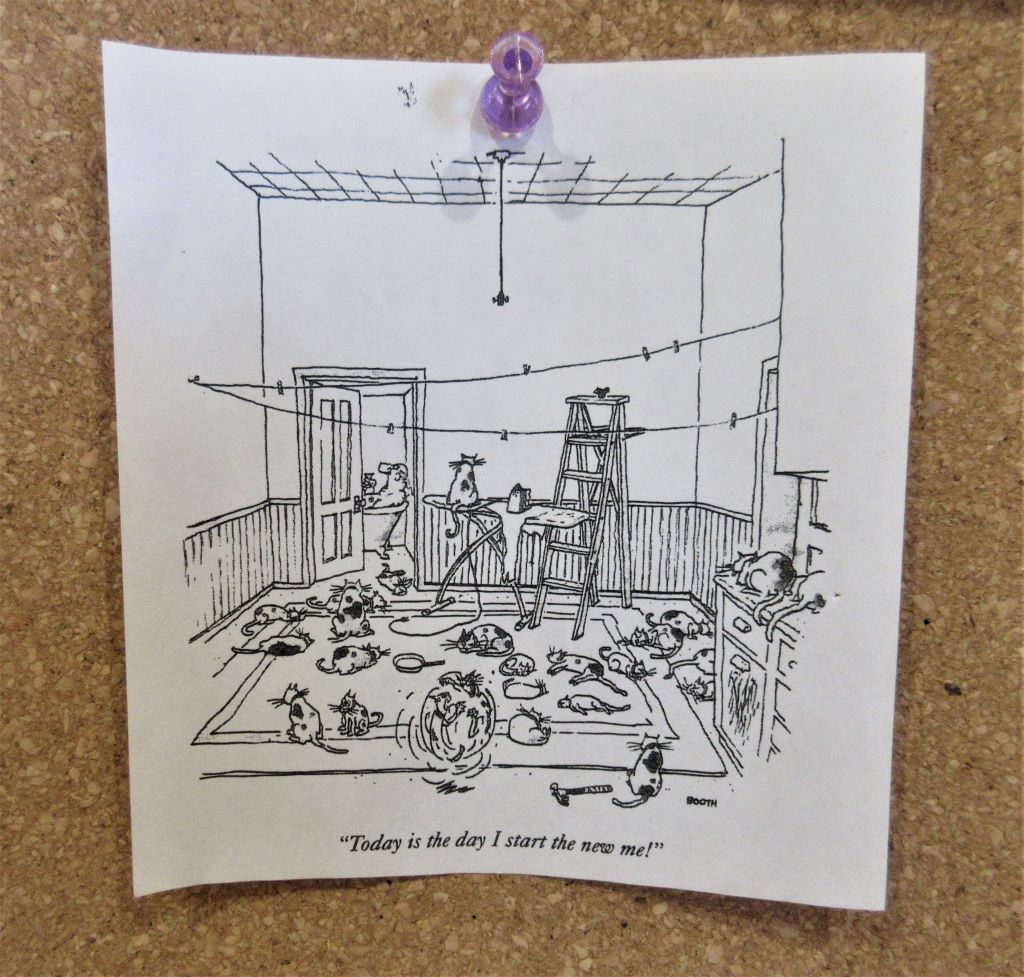 One of two cartoons on my sewing room bulletin board. Imagine that every cat is another one of my “great” ideas.

I got such a thoughtful comment recently, on my post Spinning Plates Instead of Spinning My Wheels. Somehow I deleted the comment by mistake from the website but thankfully it was still in my e-mail. M-C wrote,

Congratulations on improving the project management, it’s always good to cultivate a bird’s eye view of anything you’re working on. I find it a bit puzzling, though. Do you really need these 9 projects to all be worked on in parallel?  You could have all 9 in your queue, but be working on a couple at a time, according to priority. Or whatever number would keep you from getting bored, no problem with flexibility there.

Thanks, M-C–what good questions!  I wish I could supply answers, but I’ve been sitting here with furrowed brow for minutes on end and all that’s been coming to mind are observations, so they will have to do for now.

I hope these observations help at least a little to answer M-C’s questions. I think the experiment helped me gauge how much breadth and how much depth I want and can handle.  It’s hard to say in advance how many projects will be too many–you just start in, see what happens, and adjust.  I hadn’t anticipated a worldwide health crisis having an effect on my sewing productivity.

I wasn’t planning to stop the experiment after a set number of days, but it so happened that Pattern Review was going to run Sarah Veblen’s popular Understanding Knit Fabrics class again in late May, and I wanted to take it. Then I thought, to get the most out of it I should concentrate on the lessons and videos and do the exercises. Then I had a chance to take the t-shirt class at Sewing Hive, here in Columbus, and I was craving some interaction with other human beings as well as hands-on help.  And then I thought, let’s turn this into a knits-themed learning unit. This may be an example of balancing breadth and depth.

I was a little sad to say goodbye to the project rotation of the Daily Challenge, but I couldn’t make much more progress until Sewing Hive would be available again for fitting consultations.

And now, in recent days it happens I am working in depth. I’ve been devoting all my attention to one project, sewing a dress that was fitted on me for practice. Now I’m keeping my end of the bargain, sewing a test garment that’s looking like it could be a keeper.  So, as M-C might point out, sometimes you want to put one project on priority and see it through.

One hundred and forty days of project rotation has helped me see the benefits, drawbacks, and tradeoffs of the structure I set up and to expand my bag of project tricks for future planning.  I can design a themed project around a wardrobe capsule, or learning a technique, or using a piece of equipment.

Something, too, about officially naming a project or choosing a theme helps me see beyond the difficulties of the particular day to the greater goal.  I need both the right kind of inspiration and creative limitations to focus my energy.

Because without the inspiration, creative limitations, and focus, seeing my many ideas through to completion will be as successful as herding cats. 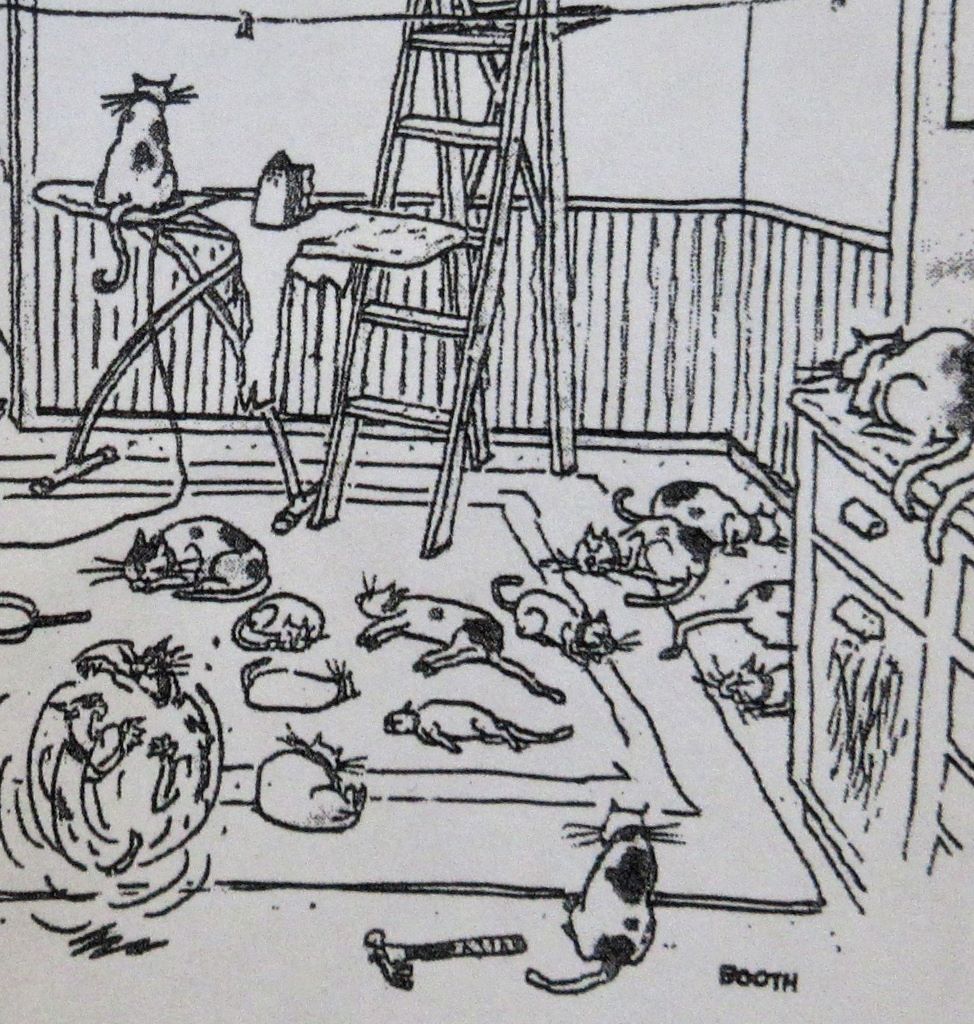 Funny–I just noticed the ironing board.