A few days ago I learned:

I so wanted to stop thinking about fusing jacket front and under collar pattern pieces into one piece. 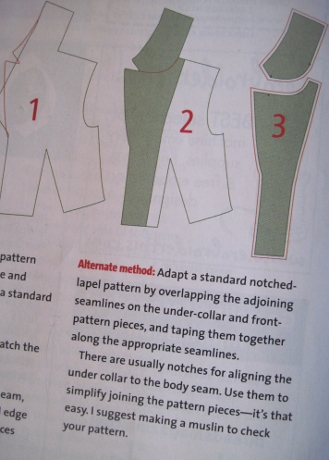 Is this easy for an intermediate sewer like me?

I wanted to get down to the business of making a “new school” tailored jacket to pair with the “old school” one I’d made using Smart Tailoring. 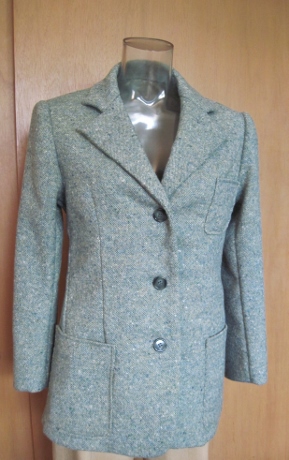 Here’s a jacket made with “old school” tailoring methods. I was planning to sew a “new method” companion to take to Kenneth King’s class.

But making the jacket any other way would not be “new school,” and I wouldn’t learn what I had set out to learn.

If I gave myself one more chance to learn this technique and succeeded, I’d still have four weeks to produce a “new school” jacket to bring to Kenneth’s class in Cleveland.

So I dug out yet another jacket pattern, one that I was pretty sure had a notched–not a peaked–lapel.  It’s McCall 7379. From 1933, the eBay vendor said. 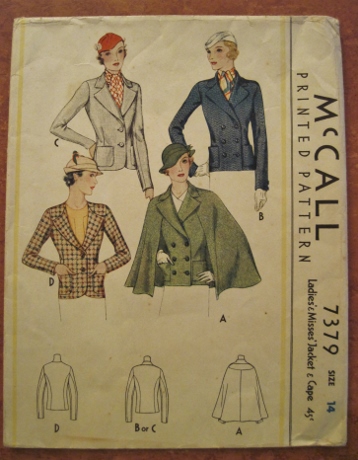 Since only the pieces for View B were left, she listed the pattern for 99 cents. I snapped it up. 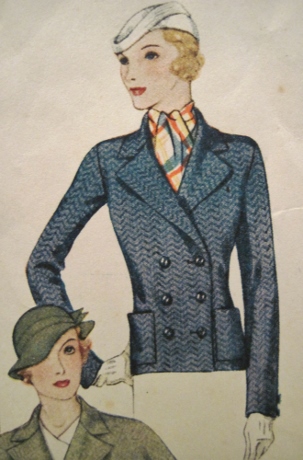 Yesterday I laid out the front and under collar pattern pieces. 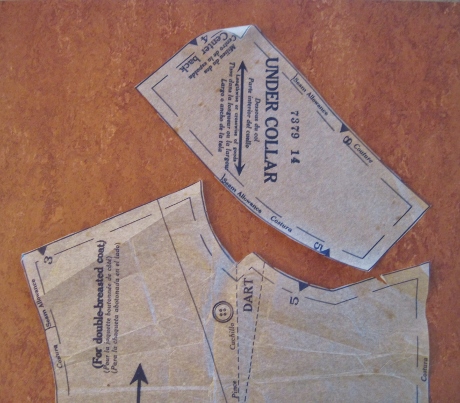 The original pattern pieces, with the seam allowances. 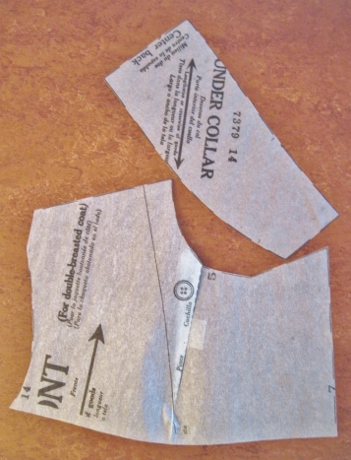 The pattern pieces photocopied onto tracing paper, with seam allowances cut off.

I sewed a muslin of the back, front, and under collar. It went together easily. 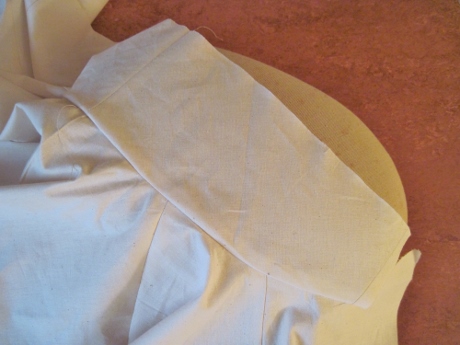 I trimmed the seam allowances off the photocopied under collar piece and laid it on the muslin. 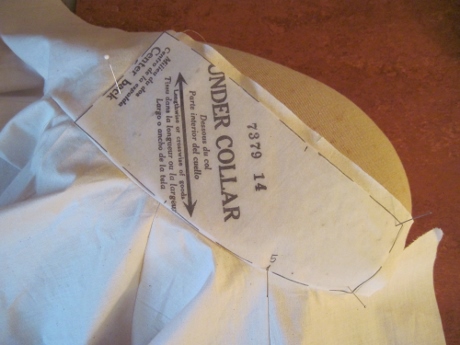 The under collar piece fits back onto the muslin, which is laid over a tailor’s ham.

As was expected, the under collar fit just fine, as it should.

Then I ripped out the back piece and laid out the front-under collar combo as flat as I could.

That didn’t mean it laid out perfectly flat, though. There was a ripple, which I could transfer from one place to another but couldn’t remove. 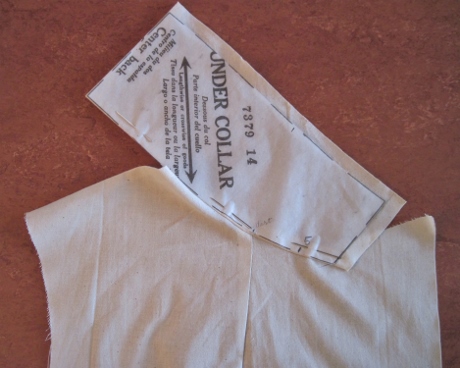 The ripple is between the shoulder seam and the dart. 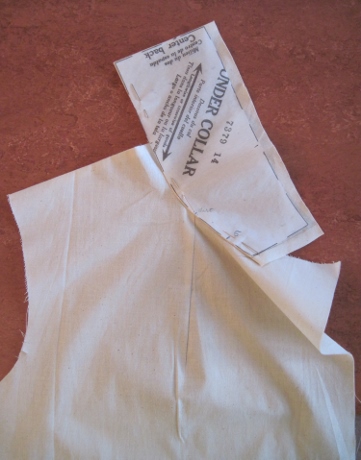 Now the ripple is between the dart and the lapel.

And this is where, once more, I found myself lost in a dark wood. I could not fathom what the rippled muslin pieces were telling me.

So a single, flat pattern piece, eliminating a bulky seam leading to a superior notched collar, remains beyond my grasp for a few more weeks.

In the meantime, I think I’ll sew up something from a tried and true pattern. I could use a change.